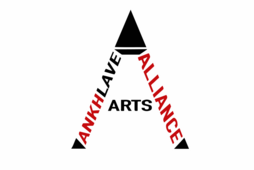 Ankhlave Arts Alliance is a W.A.G.E. certified nonprofit, 501(c)(3) organization for the advancement of Black, Indigenous and People of Color (BIPOC) in the contemporary art realm.  AnkhLave (that’s “Enclave” with an “Ankh”) is based in New York City, and produces annual programming including our AnkhLave Garden Project Fellowship, AnkhLave Curator Fellowship, and the Ankhlave Public Artist in Residence.   We believe art is an ideal platform for the exchange of ideas and perspectives.  Art allows people the opportunity to engage in conversations that can be difficult to confront, politically and socially, and opens the floor for conversations between people of diverse communities that may not have engaged otherwise. We believe art has the power to influence, change and even subvert culture in favor of more nuanced perspectives and for more equitable presence within the greater society.

In keeping with our mission to facilitate exchange of ideas between and within marginalized communities, we seek to present programming beyond the traditional white-walled gallery space, and in alternative public spaces within BIPOC communities.  One reason for this is to honor the legacy of many BIPOC people’s Indigenous heritage from around the world, which can include creative works that are sculpted, worn, performed in or displayed outdoors in nature.  Spaces like botanical and community gardens are inclusive as it can be transformed into an unexpected exhibition space, inspiring wonder and curiosity when stumbled upon. Many communities within the BIPOC umbrella are polarized by the art establishment due to colonialism, with many of their homeland’s artworks taken and exhibited for non BIPOC audiences. In this sense, even their own people's work becomes othered to them. Moreover, art history has historically been authored through the European gaze, and omitted many experiences and viewpoints around the world.  Contemporary art in recent history is becoming more inclusive, though many potential BIPOC audience members need more representation in order to feel included in the contemporary art conversation.  We believe the best way to can elevate BIPOC voices and the communities they are representing is by bringing their artwork to the people, in a public space that is unexpected and accessible for maximum community engagement.

AnkhLave has been presenting and curating pop up art shows since 2011, but it was a 2012 black lit art exhibition, one night only open mic show in a juice bar gallery of Buffalo that catalyzed much of AnkhLave's trajectory.  Originally intended to be a month long show, the opening was such a hit that the space kept the work and black lights as a permanent installation and AnkhLave  continued the Black Light Open Mic Show through 2013.  After relocating to NYC, AnkhLave tried our hand in other industries of visual art including four consecutive seasons of New York Fashion Shows, and various exhibitions. After building a network of artists, designers and other talent, AnkhLave knew that it was necessary to create a platform for their talent.  In 2014 the name AnkhLave was born.  AnkhLave developed various programing including live art demonstrations in various alternative spaces including during open mic night at the Nuyerican Poets Cafe,  panel discussions at John Jay College, and our Unsung Heroes Award Show at the Harlem Library.   AnkhLave received nonprofit standing in 2018 and continue to empower BIPOC and ensure their success beyond their immediate community, to influence creative culture as a whole.
​